7 Ways to Identify Your Catch Every Time 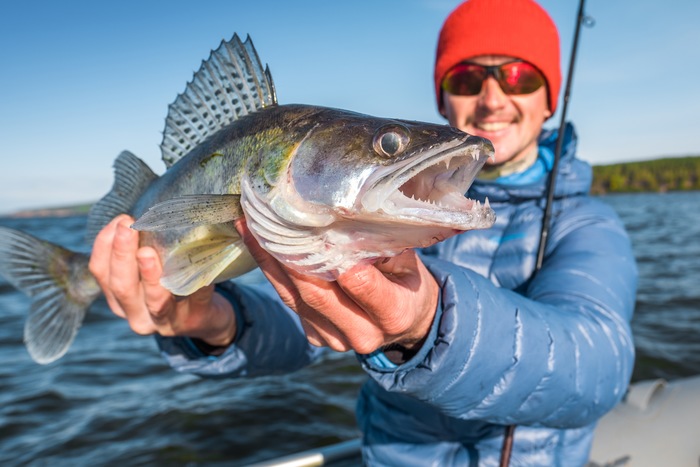 Have you ever twisted, strained and struggled with a fish… only to land the catch and wonder, what is this thing?

No angler is born knowing their crappie from their rock bass, their marlin from their swordfish. Fish identification is a skill you hone and perfect with every catch—and it’s a skill worth learning! After all, knowing what to call your catch is a serious factor in bragging rights… (Since telling friends and family about the “big, bluish fish” you caught offshore just doesn’t quite cut it!)

To help you out along the way, take a look below as we share a few of our favorite ways to identify your catch every time.

One of the best ways to identify your catch (or at least narrow it down) is to familiarize yourself with the water you’re fishing. Even if you feel clueless when it comes to all the different sorts of fish out there, you can at least brush up on the types of fish that are common in a given place and season. For example, over in Washington’s Puget Sound, there’s a good chance that your unidentified fish is some sort of salmon, especially Coho or Chinook at this time of year… while you wouldn’t really guess “salmon” when you land a catch on one of Central Florida’s lakes, where shad would be a safer bet. Knowing the most common fish in any given area can help you venture a closer guess as to what your unique catch might be.

Pull up a photo

It doesn’t get more clear-cut than a photo! When you’re stumped by a catch, you can take a look at photos online (if you haven’t seen by now, there are virtually endless archives of every kind of fish you can imagine…) and compare them with what you’ve caught. And when you’re off the water, spending some time every now and then perusing photos (of friends’ catches, or simply species catalogs) is a great way to get familiar with what a specific fish looks like.

Another great option is to consult a professional—and no, we’re not talking about zoologists! The de-facto experts of your local lake or marina—the anglers who’ve built a familiarity with the region by fishing its shores, day in and day out—are often the best people to check with when it comes to identifying a catch. Every angler’s been there at some point, so don’t be shy! Besides, your catch will speak for itself. This is one of the best ways to get informed, and maybe even make a new fishing pal in the process.

Study up on key comparisons…

During your downtime, you can read up on key comparisons between species to make a tricky catch that much easier to name. To a newcomer, for example, rock bass and black crappie can look pretty similar—but the key “giveaway” that makes a rock bass, a rock bass, is a pair of red eyes which you won’t find on the crappie. There are many small differences between species just like this—learn them, and you’ll be all the more informed on the water.

There are also certain body features that are classic “tells” of a species or family of fish. Billfish encompass some of the most popular game fish (think the blue marlin, for example), and are known mostly for their unique, protruding bill. Catfish, of course, are identified by their whisker-like barbels, a classic sign of this generally bottom-feeding bunch.

It can also be helpful to brush up on the basic terms used to describe fish anatomy—the dorsal fin, caudal/tail fin, etc. When describing a catch to a friend or even a local angling professional, having these helpful vocab terms in mind will help you paint a clearer picture of what you’re talking about.

Modern technology makes it easier than ever to identify a fish. Don’t even lift a finger to type—some apps give you the chance to snap a photo of your catch and will instantly identify it for you, providing helpful information on the species, how to handle it safely and much more!

When all else fails—ask the internet!

Never underestimate the power of the online community. Posting a photo or description of a fish you encountered can drum up quite the response from anglers who have been there before—just ask the South Carolina Department of Natural Resources! Earlier this year, the department Facebook page asked its followers if they could identify a peculiar-looking fish, whose human-esque set of teeth set it apart from other water dwellers. The answer? Likely a good-old sheepshead!

We hope that these tips help you name your catches, big and small! Now take a spin on your Robalo and test them out for yourself… is that a red snapper? Grouper? Something else entirely? Now, you’re equipped to know what’s what—and that’s a great feeling on the water.

A Florida Weekend: Coast to Coast and Infinite�Fun

Our Favorite Tournament Tips What Happens When You Catch a Great White Shark? Just in Time for Thanksgiving: Meet the Turkeyfish Fishing Fort Lauderdale: Boat Show and Beyond Turn Thanksgiving Leftovers into Fishing Fuel Discover How to Fish From the Shore: Our Guide to Surf Fishing Robalo?s Guide to Shallow Water Excursions Take an On-the-Water Scavenger Hunt with Robalo