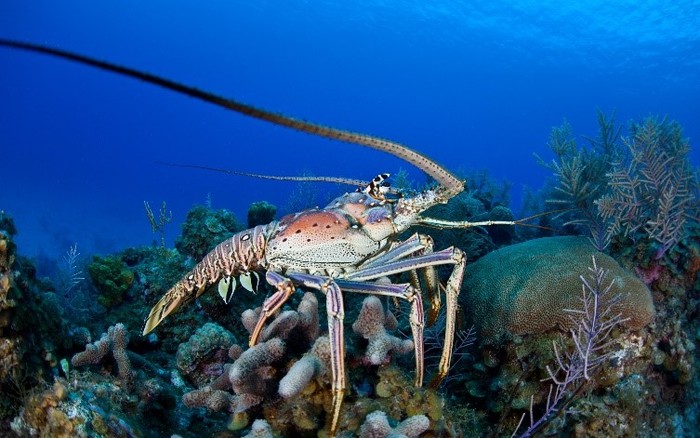 In any other state, “bug hunting” might sound like an activity best saved for the exterminator—but down in the Sunshine State, it’s a beloved summertime tradition!

Of course, the “bugs” in question are not quite bugs—they’re lobsters! Spiny lobster, in fact, a staple of the Caribbean known for its long antennae, bright spots and dense, sturdy carapace.

You know one of these lobsters when you see them, since they lack those big, edible claws Maine lobsters are so famous for—but who says that’s a bad thing?

To the frenzied lobster lovers who flock to Florida’s shores (in particular, those of the dreamy, idyllic Keys) the spiny lobster is far from second best—instead, it’s a treasure all its own. And from August through March, you can try your hand at catching one (or six) of your own, during Florida’s famous eight-month season.

Wondering how? Just read on as we dive into this beloved local pastime.

Get your gear together

The start of every great lobstering adventure is, of course, gear! If you’re an angler who spends lots of time on the water, you probably already have some of the essentials such as gloves, a mesh catch bag, snorkel mask and (if you’re a local) a recreational saltwater fishing license. Just be sure to grab a spiny lobster permit as well, since both are required to go lobstering in Florida.

In addition, lobster-specific gear can help you land your catch with ease—a short-handled lobster net and tickle stick for gently prodding lobster out of cover are two handy essentials. Don’t forget to pick up a lobster gauge, too. This small, inexpensive tool will help you measure the carapace of your catch before you bring it out of the water—if it’s less than three inches, you will want to leave that lobster behind as it’s too small for state regulations.

Finally, remember to bring along any dive gear you need (depending on the scale of your lobstering) and, as always, a diver down flag to mark your presence underwater.

Scope out the perfect spot

Now, where do you actually find the spiny lobster you’ve heard so much about? For starters, just about anywhere in Florida makes for fun lobstering—though the Keys account for 70 percent of spiny lobster action, and the region’s beautiful tropical landscape and teeming, fish-filled waters make it a top place to start.

Here, there are a few spots where spiny lobstering is not allowed (including Everglades National Park and Dry Tortugas National Park), but most of the region is fair game—including the shorelines of top fishing spots like Islamorada, along the central-upper Keys.

When you get to your preferred destination, seek out a spot that is not currently occupied by others lobstering. This might be a hard task during the state’s two-day “sport season,” which gives rec divers a head start on spiny lobster, but you should be able to carve out a comfy spot on the water once the regular season is underway.

The best places to find spiny lobster, once you get down to it, are protected structures below the surface: reefs, sandy ledges, grass beds and just about anywhere else a lobster might like to hide. The Florida Keys are naturally home to many such spots, but even up-the-coast spots like Miami Beach and beyond offer promising prospects. Here, you can often find the right environment less than 50 yards from shore.

All ready to go—almost! As we mentioned before, now is the time to prep your diving flag to let others know where you are. And as a rule of thumb, when lobstering (or simply snorkeling), it’s always helpful to have a friend or family member look out for you above the surface.

Now, we’re finally underwater and ready to bug hunt! Some may forego the net and use their hands to catch the lobster—but either way, you’ll want to have your lobster gauge and tickle stick out and ready to use as you descend. Once you find a suitable spot to search, it may not be very long before you spot a lobster shuffling around, trying to secure its cover. When you see it, use the tickle stick to gently coax the lobster out without harming it (or the structure it calls “home”).

Know that spiny lobsters have a familiar backup tactic—they like to scuttle backwards when threatened. Anticipate this by readying your hand, or net, behind the lobster so that when it does back up, you will be ready to come in for the catch.

During the regular season, there’s a bag limit of six lobster per day—so you have plenty of chances to perfect your technique and enjoy the thrill of spotting one of those perplexing, spiny crustaceans of the deep…

You’ve landed the catch you dreamt about! Now what?

For many lobster lovers, it’s a photo session—show off your catch with pride! –on board before heading home and enjoying a delicious seafood dinner. Unlike Maine lobster, famous for its meaty claws, the real star of the show here is the spiny lobster’s tail. Prepare it in a classic Floribbean style to cap off the day with flavor—you can’t go wrong with a citrusy rub for accomplishing the classic Sunshine State flavor, infused with the spirit of the Caribbean.

Ready to go? We hope these tips help you enjoy a fun-filled day of lobstering from the comfort of your Robalo!