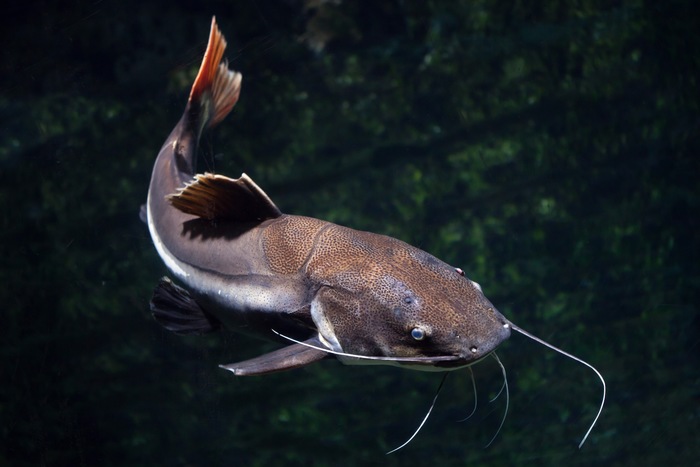 Are you a cat person?

No, we’re not talking the age-old battle between “cat people” and “dog people.” We’re talking about anglers with a penchant for catfish—mud cats, polliwogs, chuckleheads.

Whatever you call them, catfish make for some seriously great catches—and today, in honor of National Catfish Month, we’re taking a closer look at some of the best ways to land one of your own. Just read on!

Know where to go

Some anglers may be seeking out catfish specifically—and we can’t blame them! Catfish are fun to catch and come with just a small learning curve, making them a top choice to fish for the entire family.

If you’re one of those in search of some “mud cats,” you will want to plan your trip accordingly by heading to a catfish-friendly spot. That typically includes rivers, reservoirs and other freshwater destinations located throughout much of the country. Even the Sunshine State of Florida, which is perhaps best known for its offshore scene, sees its fair share of catfish in spots like the St. Johns River!

Safe bets are destinations along the Mississippi River and throughout much of the South (there’s a reason fried catfish is so often associated with Southern cooking, after all…), though more Midwestern states also boast their share of cats. Three of them—Iowa, Nebraska and Missouri—even claim catfish as their state fish, and the on-the-water action in these places does not disappoint.

As far as the water itself goes (when you’re choosing between one site or another), the “perfect spot” depends on a few factors, including the time of day. During midday, the catfish—famous “bottom feeders”—are more likely to be found out in the depths of a lake or river, while their search for food come twilight will bring them closer to the shallows near shore. That makes lakes with meandering coves and crannies especially fruitful when everyone else is wrapping up for the day.

Finally, don’t forget about river bends and spots where the water moves along easily—catfish like to go with the flow and, often, hide out a bit. So, spots with underwater holes or downed plants, logs, etc. caused by the moving water’s erosion might be just what you are looking for.

The bottom line? Chances are, wherever you are, there’s a catfish zone not too far away.

We all have expectations of our time on the water—including the kinds of fish we will catch! If you have your heart set on catching a cat that looks just like the one your friend recently caught, you’ll want to brush up on the species distinctions so you can know what to look for.

Blue catfish will often be some of the biggest you spot on the water, and can grow beyond 100 pounds! The body is a clean, solid blue, blue/white or near navy—and as far as bait goes, fresh bait, whole or cut and always oily, is best. (Think skipjacks, for example.)

Channel catfish are typically gray or brown, and won’t typically grow to the impressive blue’s size—however, this is the most common catfish species, so if you’re going for quantity, look out for channels!

Finally, you can tell flathead catfish apart by their brown, spotty coloring and absence of a forked tail, which both blues and channels have.

Wondering when to use that bright, high-visibility line? When you’re fishing for catfish! Since they love the muddy, murky water best, they can be hard to spot. The brighter line will help you notice movement as a cat bites or brushes by, letting you more easily guide your catch out of the depths.

Have you ever heard of the slip-sinker rig—otherwise known as a Carolina rig? If not, get familiar with it, since this is a true best friend of the catfish angler.

The slip-sinker works with the catfish’s natural behavior of sticking close to the bottom of the water. Like its name suggests, this rig sinks down to the bottom and stays there, settling in until a catfish (again, a fan of the water’s floor) happens upon it. Just be ready with your rod, since the initial bite can take you by surprise! When it happens, you know you’re in for a treat. There’s no better feeling than landing a big, photo-worthy cat on your freshwater adventure.

With your Robalo and these key catfish tips, you’re well on your way to success on the water! Whether you’re fishing for fun or a delicious, fried Southern dinner, we hope you enjoy National Catfish Month to the fullest.