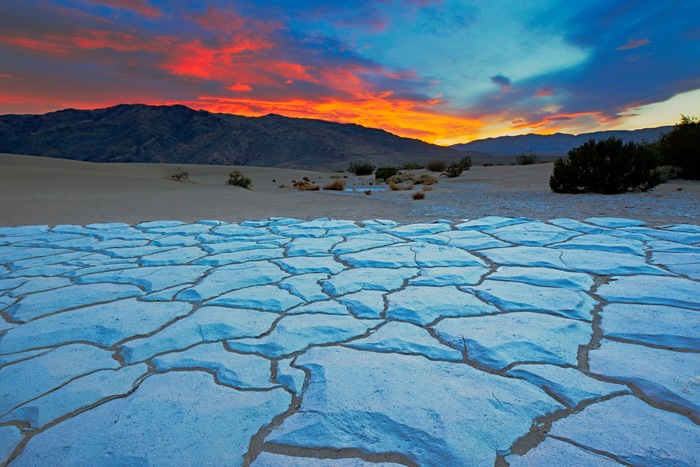 We all have that one catch—the elusive, hard-to-come-by feat that we doubt we’ll ever see again.

When it comes to rarity, however, no one does it quite like the Devils Hole Pupfish. This desert-dweller is just as unique as its name would suggest, and with a population of less than 100 fish, it’s a living marvel.

See what makes the Devils Hole Pupfish so rare in the blog below.

The tiny Pupfish—with a body length of less than an inch—has an equally tiny distribution. In fact, you won’t find this kind of Pupfish outside of a very specific spot, the geothermal Devils Hole cavern, near Death Valley.

How did this unassuming species carve out a home in a tiny body of water, surrounded by some of the country’s most unforgiving conditions? Simple—it’s been there for millennia. The Devils Hole Pupfish is thought to have made a home in the space right as the cavern opened up into the ground. The fish got there when the desert was still wet and navigable, then stayed secluded in that spot even after the land dried up. That’s where their isolation comes from.

A scientific effort for survival

Fortunately, it’s not really human encroachment that’s causing the Devils Hole Pupfish’s numbers to dwindle—after all, the cave is hard enough to get to, much less interfere with!

It’s not anglers but the fish themselves who may be responsible for the downward population trend. Because the species is so isolated, there’s not much room for genetic variation to kick in and lead to adaptations in the fish that would improve their survival in the changing environment.

That fact, of course, doesn’t keep scientists from trying! Divers have plunged themselves deep into the cavern in order to count and keep track of the Pupfish, and efforts have been made to relocate members of the species to other areas so that they may survive beyond the limitations of their native environment. While these efforts have not yet proven successful, it’s the best chance for the Pupfish to persevere and continue as a species.

With such a small population (and hard-to-get-to habitat), you won’t see the Devils Hole Pupfish on any angler’s catch list. Still, we think its unique history and enormous rarity make it a species to remember.

Fishing the Caribbean of the Rockies

Our Favorite Tournament Tips 7 Ways to Identify Your Catch Every Time What Happens When You Catch a Great White Shark? Fishing Fort Lauderdale: Boat Show and Beyond Just in Time for Thanksgiving: Meet the Turkeyfish Robalo?s Guide to Shallow Water Excursions Turn Thanksgiving Leftovers into Fishing Fuel Take an On-the-Water Scavenger Hunt with Robalo

7 Ways to Identify Your Catch Every Time Learn to Fish�Like a Dolphin on National Dolphin Day Robalo's Guide to Keeping Your Catch Fresh for Longer The Fishy History of Crater Lake
©2023 Robalo Boats, LLC. - all rights reserved.