Australian Volcanoes and the Fish Who Call Them Home 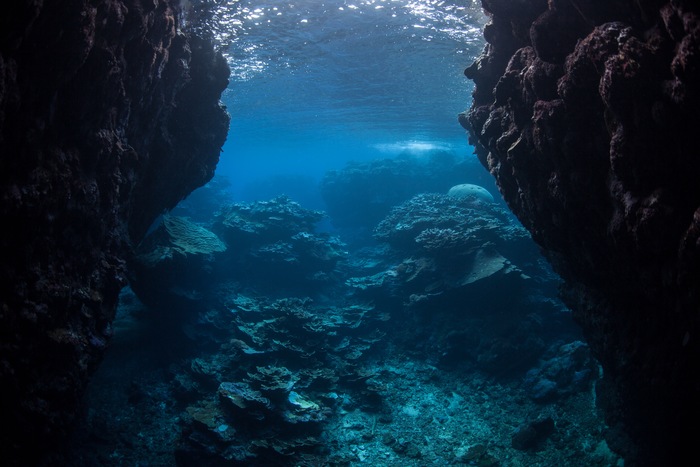 The waters of Sydney, Australia’s underwater volcanoes are warm, acidic, and not very friendly to budding life forms—but nature, as it so often does, has defied the odds!

Read on to find our more about this unique deep-sea dweller, as well as the accidental discovery of the volcanoes themselves!

A team of scientists from the Commonwealth Scientific and Industrial Research Organization was in for a surprising treat when they discovered the fish larvae they were looking for, and a string of impressive underwater volcanoes they never even set out to find! The doubly significant discovery happened when the team’s research instrument, RV Investigator, detected a change in elevation several miles below the surface.

These volcanoes off Sydney’s coast may be newly found, but they are by no means young—in fact, estimates place them at about 50 million years old!

The scaleless blackfish, one of the many odd residents of Sydney’s extinct volcanoes, doesn’t look like a fish you would see at your average lake or island destination. The aptly-named fish does not have any scales contributing to a multi-colored, varied appearance—instead, its small, slick body is comprised of an intimidating black sheen. The wide eyes and uniquely translucent fangs of the fish only add to its frightening, alien-like appearance.

Other species discovered in the region include fanged finds like the chauliodontidae, a creature known to scientists but not expected to be found in the acidic volcanic waters, and a mysterious near-translucent eel.

The scaleless blackfish may seem scary, but don’t worry—it tends to keep to the volcanic undersea, not the sunny shores of Australia’s most famous coast!

Fishy Fortunes for the New Year

Fishy Photography: How We Snap Our Greatest Catches

Our Favorite Tournament Tips 7 Ways to Identify Your Catch Every Time What Happens When You Catch a Great White Shark? Just in Time for Thanksgiving: Meet the Turkeyfish Fishing Fort Lauderdale: Boat Show and Beyond Turn Thanksgiving Leftovers into Fishing Fuel Discover How to Fish From the Shore: Our Guide to Surf Fishing Robalo?s Guide to Shallow Water Excursions

7 Ways to Identify Your Catch Every Time Learn to Fish�Like a Dolphin on National Dolphin Day Robalo's Guide to Keeping Your Catch Fresh for Longer The Fishy History of Crater Lake
©2023 Robalo Boats, LLC. - all rights reserved.