A Look at the Animal Kingdom’s Best Anglers 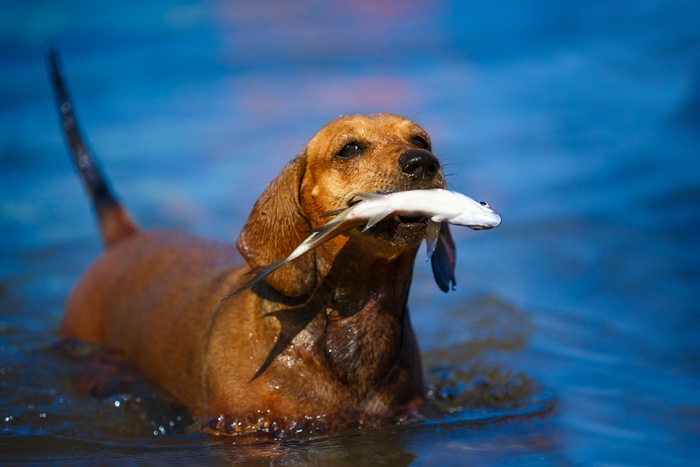 You may count on your hook, line and tackle box to land your best catches—but for anglers from the animal kingdom, all that’s needed is their own two paws (or jaws, beaks, and other built-in equipment).

In today’s blog, we’re taking a closer look at animals with a penchant for fishing.

If you’ve ever taken your pooch out to the lake with you, you might have realized this on your own: dogs are surprisingly apt at catching fish! While most dogs are sure to react to a fish squirming around in the water, some—like the golden retriever or Portuguese water dog—are especially skilled at finding and catching quick-moving fish. You might be surprised to see just how quickly animal instincts kick in when your pup is put to the test!

Grizzly bears are famous for their ability to scoop up a fish—often salmon or trout—right from the moving water, using their impressively strong jaws to grasp their next meal. You might think polar bears are used to doing the same—but since fish aren’t quite as easy to come by in the cold Arctic waters, polar bears actually exert their limited energy on easier-to-find eats.

While a number of birds consume fish as part of their diet, few do it quite as gracefully as the pelican. When it’s time to eat, the graceful bird (whose wingspan, depending on the species, can reach more than 10 feet!) will swoop down from above and pick up fish into its throat pouch, a perfect mechanism designed for ease of feeding.

Otters feed in a variety of ways—from land or while lazily lounging around in the water, keeping things simple or diving as far as 300 feet for fish. The intelligent otter uses its whiskers to sense the space around it and detect small changes in movement that mean prey isn’t far away.

When it comes to sheer abundance of a catch, whales take the title. Surprisingly, the world’s largest animal—the mighty blue whale—sticks to tiny crustaceans called krill instead of larger prey it’d have to fight for. In one feeding session, the blue whale can consume as much as 8,000 pounds—or four tons—of krill, using nothing more than its enormous mouth to slowly scoop up its dinner.

The more we learn about animals, the more we seem to have in common with them! If these animal anglers prove anything, it’s that you don’t need opposable thumbs to see success on the water.

The Fishy History of Crater Lake

Our Favorite Tournament Tips 7 Ways to Identify Your Catch Every Time Robalo?s Guide to Shallow Water Excursions What Happens When You Catch a Great White Shark? Fishing Fort Lauderdale: Boat Show and Beyond Just in Time for Thanksgiving: Meet the Turkeyfish Fishing Takes Flight: Tips for Using Birds? Help to Find Your Next Catch Take an On-the-Water Scavenger Hunt with Robalo