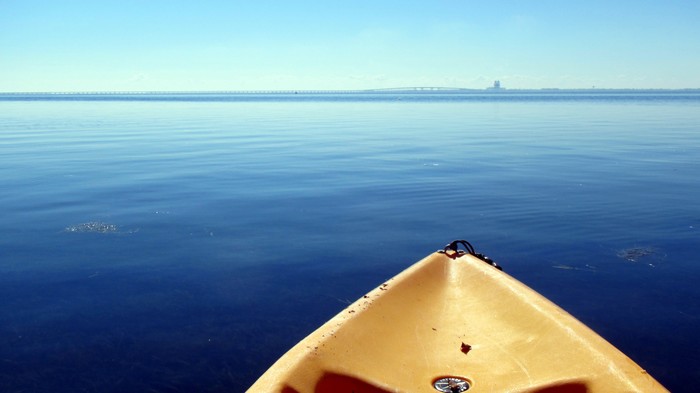 As one of only six hypersaline lagoons in the world, you might not expect life to thrive in the salty waters of Texas’ Laguna Madre. But that’s exactly what it does.

The unassuming stretch of water between mainland Texas and Padre Island is home to a wealth of species diversity, both above and below the surface—making in an excellent destination for anglers and wildlife watchers alike.

Read on to learn more about the wonder that is Laguna Madre.

First off, let’s tackle the name of the place itself. “Laguna Madre” doesn’t just sound good—it’s a beautiful, affectionate term given by Spanish explorer Alonso Álvarez de Pineda. Thought to be the very first European to arrive at the area, he chose a name that means “Mother Lagoon,” a testament to the abundance of life that the unique body of water supports.

And unique it is. Laguna Madre is a rare feat, one of a mere six hypersaline lagoons like it in all the world. “Hypersaline” signifies that the lagoon is even saltier than the ocean that abounds just next door, on the other side of Padre Island. Part of its high salinity is likely caused by the shallowness of the lagoon itself, with depths averaging at less than 3.5 feet throughout. That shallowness, however, means that the lagoon’s wealth of seagrass (five species in total, accounting for the majority of seagrass in Texas) is attractive and accessible to avian neighbors, birds who cling to the grass for food and shelter.

Gone fishin’? At Laguna Madre, you’ll find an enormous array of catches… including the largest finfish population in all of the state! There are, of course, Southern classics like blue catfish. You’ll also find large numbers of flounder, red drum, black drum, speckled sea trout, and more.

Because the water is so shallow, you can benefit from a bay boat with a sleeker profile. Laguna also asks its anglers to use trolling motors so as to protect the seagrass below. Of course, the shallow water is something that sets Laguna Madre apart. Clear water you can see right through provides an element of excitement for the angler, who has to get creative in order to land catches without the cover of mud or thick plant life.

How else can you enjoy the lagoon? Once you’ve gone fishing, swap out your fishing rod for a paddle and experience the one-of-a-kind waterway by canoe or kayak. Paddling through the water (or even jumping in for a swim in select areas) is sure to make you feel that much closer to nature and the plant and animal diversity that abounds here.

Who knew such a unique trove of natural diversity existed so close to home? With wintertime warmth and some of the most beautiful vistas around—not to mention excellent fishing—we think Laguna Madre makes for a wise addition to any angler’s New Year’s bucket list.

Fishing Biloxi Bay? and Beyond A Florida Weekend: Coast to Coast and Infinite�Fun Cruise to the Marco Island Seafood & Music Festival An Angler?s Guide to Saltwater Fishing
©2022 Robalo Boats, LLC. - all rights reserved.